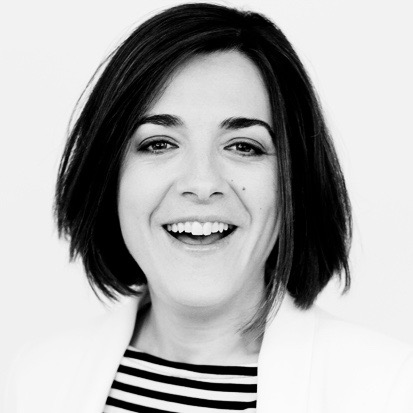 Born in London and raised under the Home of the Gods, Mount Olympus in Greece. As a child, she dreams of building shipping yards.
Age 17, returns to London. Education at top design institutions, such as the Central St Martins College of Art and the Royal College of Art, under Ron Arad. Works at the world’s largest consultancies. First ever female designer to be employed by super-duo SeymourPowell. Age 23, redesigns the bra for Channel 4 documentary and sells 2 million.

In 2002, founds Afroditikrassa Ltd. Her work is immediately picked up by leading brands Cassina, DKNY and design afficionados, such as Mourad Mazouz (Momo) of sketch. In 2004, she meets Julian Metcalfe, who invites her to conceive his new ‘baby’ brand. Two months later, she comes back with itsu, now with 19 stores in two continents. Appointed Creative Director in 2005. She goes on to design restaurants, offices and retail establishments around the world, and collaborates with prestigious manufacturers such as Ligne Roset, Innermost, E&Y, Pret A Manger , WMF, British American Tobacco and Phillip Morris. Constantly restless, Afroditi is currently working on the world’s first solar energy generating outdoor furniture range.

Her work has been televised by the BBC, Channel 4, CNN and NTV. She has won numerous awards including the Edward Marshall Trust Award, the Guardian Best in Lighting and the 2007 Elle Deco Design Award. From political campaigns to car interiors, her work is always characterised by intellectual rigour, formal directness and an obsession with making the mundane- less mundane.