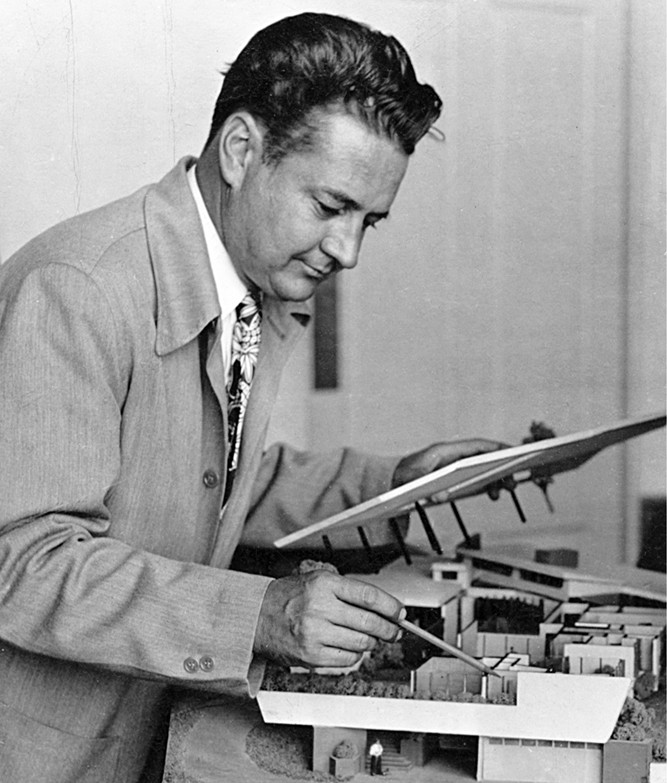 Jones was also a professor and later dean of architecture in the USC School of Architecture at the University of Southern California from 1951 through 1967. By the 1960s Jones was designing a number of university campus buildings and larger office buildings, including the 1963 IBM Aerospace Headquarters in Westchester, California. Several University of California campuses feature significant examples of Jones’ work. In 1966 Jones designed “Sunnylands,” the 200 acre (2.6 km²) estate and 32,000 square foot (3,000 m²) home of Walter Annenberg in Rancho Mirage, California.

Jones raised the tract house in California from the simple stucco box to a logically designed structure integrated into the landscape and surrounded by greenbelts. He introduced new materials as well as a new way of living within the built environment and popularized an informal, outdoor-oriented open plan. More than just abstractions of the suburban ranch house, most Jones and Emmons designs incorporated a usable atrium, high ceilings, post-and-beam construction and walls of glass. For the postwar moderate-income family, his work bridged the gap between custom-built and developer-built homes.