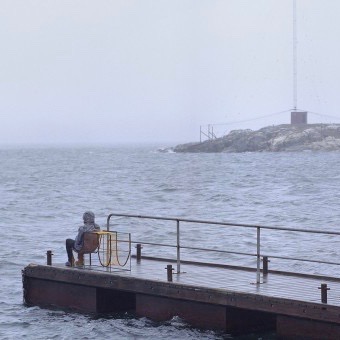 Through residencies, Hors Pistes initiates creative exchanges between artisans and designers from all over the world. During a month-long residency, they share skills, knowledge, and cultures. By breaking their work habits, they rethink their creation process and find new application to the traditional techniques. Together, artisans and designers experiment and get inspired from the identity of the territory. The results of the collaboration foster the transfer of artisanal know-how and question its heritage and future.

By going “off-road”, Hors Pistes offers professionals the opportunity to be involved in a multidisciplinary laboratory and to reflect on conventional production models by encouraging innovative creation processes. Free-form explorations, alternative life stories. In 2014, the CID hosted the first Ouagadougou Off-piste experience. In 2019, it is the first museum to host the third edition of the project: Hors Pistes Nuuk. This new residence took place in Nuuk, the capital of Greenland, an island with limited natural resources and a harsh climate. The local artisanal techniques take the surrounding geographical constraints into account and the Inuit culture is deeply connected to its land. The craftsmen find their inspiration in nature and work with materials such as stone, wood, soil, wool, skin, and bones of hunted animals. Altered during the last century by the various exchanges with the Western regions, Inuit traditions are being transformed with globalisation. If they were essential for survival, fishing and hunting practices are less and less used. This gradual disappearance endangers the related craft techniques, such as animal skin transformation or traditional kayak making. In the meantime, new techniques are being introduced and absorbed, such as embroidery, beadwork, or ceramic.

The exhibition “Hors pistes Nuuk” aims to initiate encounters with Greenlandic culture, replace human exchanges at the heart of the creative processes. While the experimentations, prototypes and objects –all resulting from the researches conducted during the residency– embody the spirit of each encounter, the present exhibition also shares stories –narrated by an editorial team.HORS PISTES – Encounters in Groenland – Grand Hornu