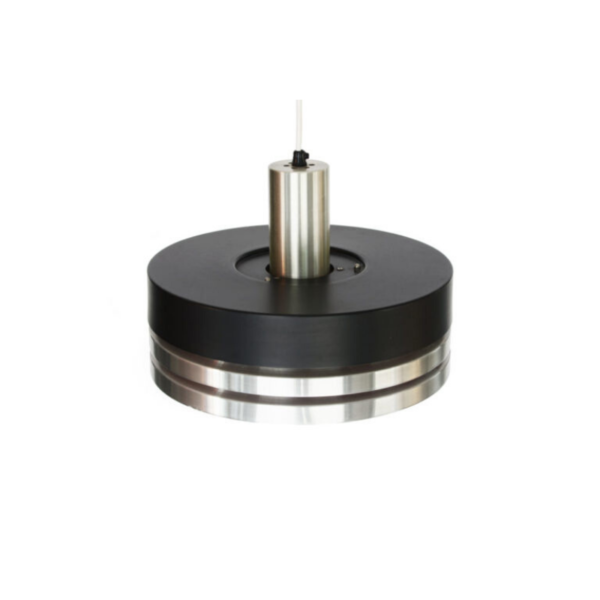 This is a very early layered pendant by Carl Thore (Sigurd Lindkvist). It is built from 3 shades identical in width and painted pink/orange inside. The top shade has a matte black powder coating and the lower two are brushed aluminium.

Stunning light effect as well as a good neutral light sours down over a dining table. Good vintage condition with a few scratches here and there but no dents. Standard E27 light bulb socket.   The real name of the designer known as Carl Thore was Sigurd Lindkvist, and he was born in 1916 in Åmal in Sweden’s Dalsland. After working for a lighting firm called Luko, in 1961 Lindkvist joined Granhaga Metallindustri, for whom he designed lights and was also head of sales, remaining with the company until he retired in around 1981. Lindkvist adopted the pseudonym Carl Thore for his Granhaga light designs on the spur of the moment when he was presenting the lights to a client who asked the identity of the designer. “Carl Thore,” Lindkvist blurted out, these being his two middle names. 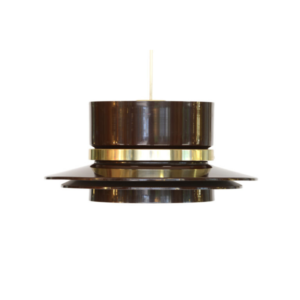 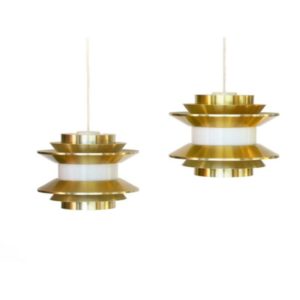 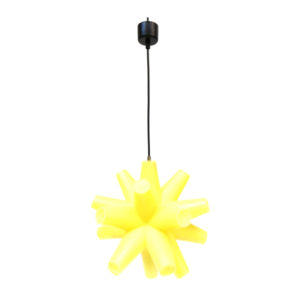 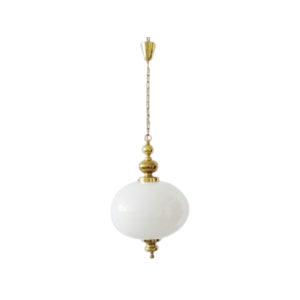 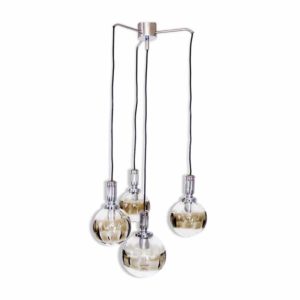 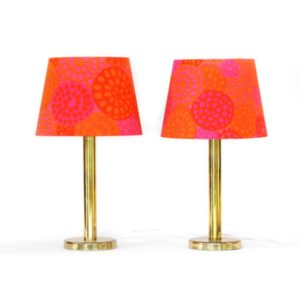 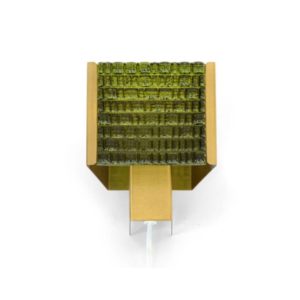 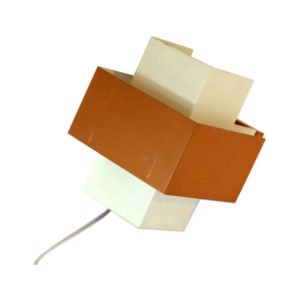