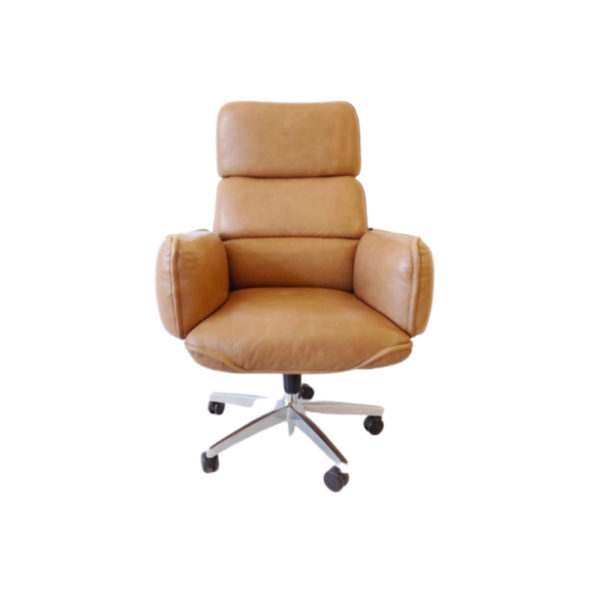 This office chair from Topstar in brown nappa leather is in mint condition. The leather is flawless, the chromed base shows almost no scratches. The rocker function as well as the height lock are working perfectly. The office chair designed by Otto Zapf in the early 70s was first manufactured by Knoll Int. and later by the German office furniture manufacturer Topstar. An extraordinary office chair which was also appreciated by German chancellors. Otto Zapf founded the company Vitsoe+Zapf together with Niels Vitsoe in 1958 and cooperated with Dieter Rams. In 1969 Otto Zapf left the joint company and designed the Softline system in 1970, which became a great success for him. After that Otto Zapf worked as a designer for Knoll Int. His designs were produced by Knoll Int., B&B Italia etc. 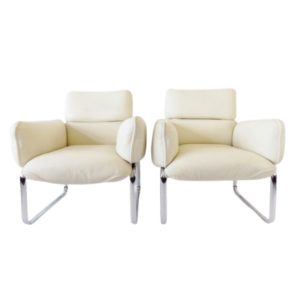 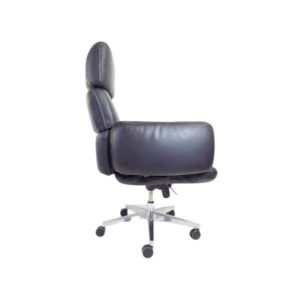 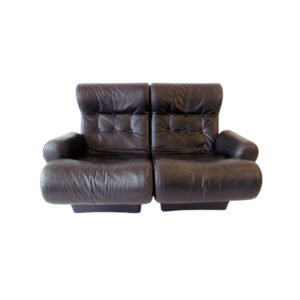 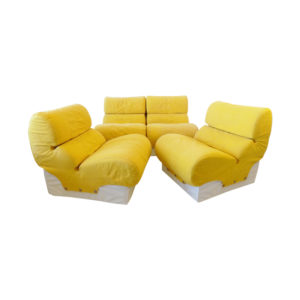 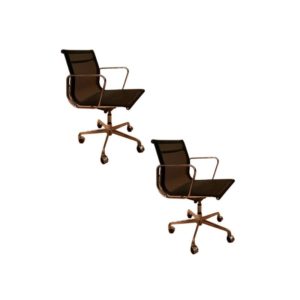 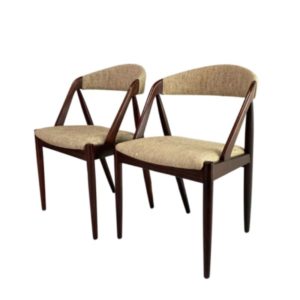 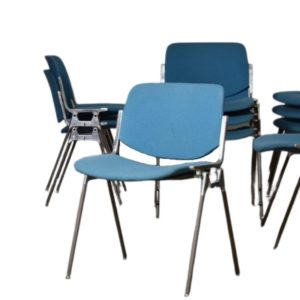 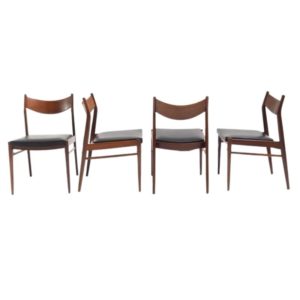 Set of 6 chairs by Oswald Vermaercke for V-Form 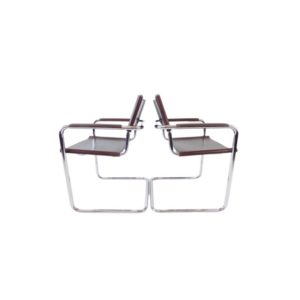 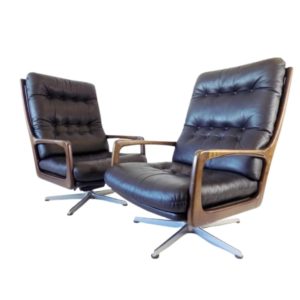 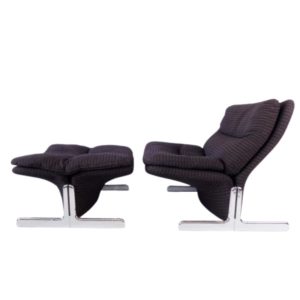