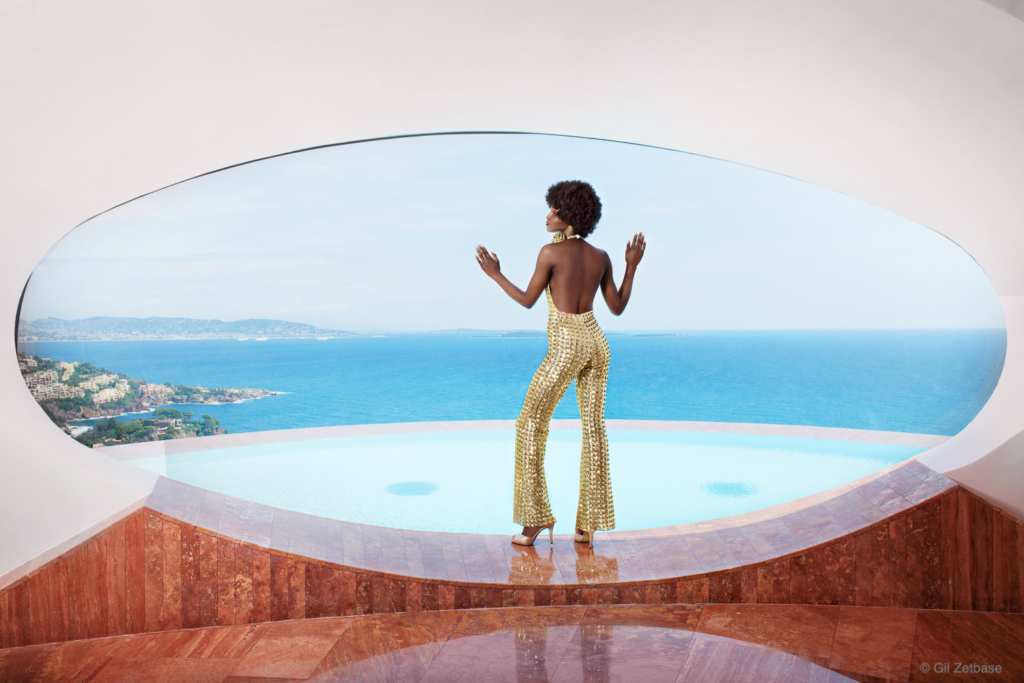 At the beginning, there is a place and a landscape that Pierre Bernard, a rich industrialist, falls in love with: the Estérel massif, the infinite Mediterranean, the bay of Cannes and the Lérins islands. He buys a piece of land with a plan: to build a holiday home for his family of three children.

He met the architect and habitologist Antti Lovag by chance at a dinner party. According to family legend, Lovag shattered his initial project by brutally questioning his architectural choice. This initial provocation was to seal the beginning of a long friendship and a wonderful adventure: Pierre Bernard’s first Bubble House.

An unprecedented design and a masterpiece of late 20th century architecture. This house was conceived and built totally to measure in the 1970s, putting man at the centre, his living space and his needs. Each bubble represents a room in the house and recalls the mother’s womb.

PIERRE BERNARD THE FRIEND AND PATRON

Born in 1920 in Hungary, Antti Lovag moved to France in 1947. He first collaborated with Jean Prouvé and then with Jacques Couëlle, one of the first architects (totally outside the major architectural movements such as modern architecture) to develop organic and troglodytic architecture-sculpture in France. Together they experimented with the construction of shells and bubbles. This collaboration was decisive for the rest of Antti Lovag’s work.

He designs spaces of freedom where the unnatural right angle has no place and where curves are king.

Antti Lovag lives on his building sites, studying the surrounding nature and its specificities to design the house. It is the house that adapts to the land and nature, not the other way around. The house begins to emerge from the ground by means of a metal frame that allows the interior spaces to be visualised and the future openings to the sky, the sea and the vegetation to be planned. Then a concrete veil is projected onto the metal structure. The Maison Bernard is without doubt one of the most accomplished examples of Antti Lovag’s organic architecture.

WHAT FUTURE FOR THE MAISON BERNARD?

The residency is open to artists of all nationalities and from all the various artistic disciplines (video, sound, light, sculpture, land art, green art…). The content and artistic form of the projects are free as long as they are in keeping with the architecture and the site. The works produced are intended to be presented “in situ”.

One thought on “House Bernard by Antti Lovag”