I was recently considering bidding on a Hans Wegner Chinese chair in an auction, and did a decent amount of research. I had been aware of the chair(s) for a while, but did not know the story behind it. Although I did not win the auction, I found the background history to be quite interesting, so I thought I'd post my findings here for others who might also be interested . . . and before I forget everything.
First things first, the Wegner Chinese chair is not one chair, but a series of chairs (between 5-7 designs) that were designed starting in the mid 1940's. Most of the designs are well known, and there is a decent amount of information out there in books and online. All of the information doesn't fit together perfectly, so I'll try to include everything with the supporting references. Reference abbreviations are:
(PP) - PP Mobler website and e-mail correspondence
(CH) - Carl Hansen and Son website
(FH) - Fritz Hansen website
(DD) - Danish Design website, which references the book, "Hans J. Wegner. A Nordic Design Icon from Tønder" - 2014
(JB) - "Hans J Wegner" book by Jens Bernsen - 1995
(CO) - "Hans J Wegner" book by Christian Olesen - 2006

Many of Wegner's most iconic pieces incorporate a Danish cabinetmaker understanding of wood construction with a modern design aesthetic free from historical context. However his early designs were often a modern refinement of traditional chair designs. The J19 rocking chair and Peacock chair were direct descendants of the traditional Windsor chairs, respectively. And as the name obviously imply, Wegner's Chinese chair designs are also traced directly back to earlier examples in China.
Most of the literature I have read states that Wegner's inspiration for his Chinese chair design came from a Ming dynasty chair in the collection of the Danish Museum of Industrial Arts. The Quanyi chair, with its continuous backrest rail / armrest design, is the most common reference. There is also a painting of five Danish merchants sitting in this chair design which is often associated with Wegner's initial influence. This is the design from which most Wegner Chinese chairs (and future modern iconic designs) were derived. However, it appears that another traditional design, a high-backed version, was the source for his first Chinese chair design for Johannes Hansen.
The first documented reference I can find for a Wegner Chinese chair is for Johannes Hansen in 1943 for that year's Cabinetmaker's Guild Exhibition (PP). As the chair is not shown in any pictures or mentioned in the text of Grete Jalk's 40 Years volumes of the exhibitions, and the other designs from that year were not of the same style, I am not sure if the chair ever made it into the booth display. The only vintage documentation I can find for this design is from the 2006 Olesen book, which cites the design year as 1944 and provides a Chinese reference design from ca.1800 (CO). Since this text is in Danish, and the OCR pass in Acrobat failed miserably, there is probably more information in the text if someone would like to translate.
An Arne Jacobsen Chinese chair design for Fritz Hansen from ten years earlier (1934) is also shown in the section. With Wegner previously having worked in AJ's studio a few years earlier, one can assume that AJ also had some influence on Wegner's Chinese chair designs.
I've found a couple of online sales references for this design, so we know there are more out there than just the prototype. Based upon the minimal documentation and resale records, there were probably very few of the these chairs ever made. With the very traditional wood framing shapes and use of exposed upholstery nailheads (!!!), this design is firmly planted in Wegner's early career phase.

Around the same time his Chinese chair was being developed for Johannes Hansen, Fritz Hansen asked Wegner in 1943 to design a chair that incorporated steam bent wood. Thonet's Vienna #14 chair had been a top seller for quite some time, and WWII had caused disruptions in imports to Denmark. Since it was unclear in 1943 how long the war would last, FH wanted a modern design that utilized this technology to compete/replace the Thonet product (DD).
Apparently Wegner thought the continuous rail backrest/armrest design of an 18th century Quanyi chair (CO) would be a good choice for a steam bent chair. Whether the inspiration came from a specific chair in the DMIA, the Danish merchant painting, or a reference to Ole Wanscher's 1932 book "Mobeltyper" (JB/CO) (probably a combination of the above), Wegner designed at least four prototypes chairs for FH based on the Quanyi.

One of my favorite Danish Modern photographs is this one showing five Wegner chair designs (JB): four of them being direct modern interpretations of the Quanyi chair for Fritz Hansen.
The prototypes vary from more traditional to more modern, and one can see the distillation process happening as the chair designs are refined to an abstract representation of the original. This is the first step upon which the next (and greatest) generation of Wegner designs were built; chairs that removed the historical context altogether, and were designed to address human form, comfort, and construction. A perfect example is the fifth chair in the photo, which was designed later for Carl Hansen and needs no introduction.
If any photo can visually explain the essence and progression of the Danish Modern movement, it is this one.

Fritz Hansen decided to put two of the Wegner designs into production. One of the more traditional designs, model #4283 introduced in 1944, was offered in cherry and had a leather cushion seat. The more modern #1783 was made of local beech, incorporated Danish paper cord for the seat, and followed a year later in 1945. The backrest/armrest was designed to work within the manufacturing length limitation for FH's steam bending equipment (DD). The more modern design was not a commercial success, and "unfortunately" FH discontinued production a few years later in 1950 (DD).
The reason I put unfortunately in quotes is because the demise of the FH #1783 was a contributing factor in the development of the Wegner / Carl Hansen partnership; one that developed some of Danish Modern's most iconic chairs. When FH announced ceasing production of the #1783, CH wanted to step in and take over production of it (DD). However by this time, Wegner had bigger plans in mind, and instead proposed to create a whole new range of chair designs for CH.

Side bar:
In 1949, Wegner designed the Round Chair (JH 501) for Johannes Hansen. This design is often credited as the first Wegner piece to be designed free of historical formal precedent. Even so, the continuous backrest/armrest rail concept from the FH Chinese chairs was adapted to be a feature part of the new design, and reformulated entirely for better sitting ergonomics.
Shortly afterwards in 1951, Wegner introduced his first set of designs for Carl Hansen. These chairs were intended to provide a level of quality close to the cabinetmakers,  but with considerations that reduced cost and allowed for mass production for the burgeoning overseas markets after WWII. One of these designs, the Wishbone chair CH22, can be considered a direct descendant of the FH Chinese chairs (FH 1783 in particular), with the backrest support minimized even further to its signature "Y" wishbone shape. It is probably the most commercially successful chair in Danish Modern history.
Subsequent Wegner chair designs for multiple producers, even as recent as the 1980's, continued to incorporate an integrated backrest/armrest. This concept can subsequently be found in the chairs of many other modern designers.

Back to the Chinese chairs. . .
Although the more traditional design, FH 4283, was initally a poor seller like it's sister, FH 1783, Fritz Hansen kept it in production for another decade, until taking a break from 1960-63. It only became a commercial success and a mainstay in FH's portfolio after reintroduction in 1963. In addition to cherry, the chair has also been offered in special orders of mahogany, Brazilian Rosewood, and walnut (DD). It is still in production today, available in cherry and black-painted ash.
In 1976, PP Mobler acquired the rights to the discontinued FH 1783, and reintroduced it as PP-66. It remains in production today and available in ash, oak, cherry, and black painted. While the chair is essentially the same as the original FH production, the steam bent backrest/armrest was modified to a pre-compressed construction in 1991. Another small difference that I've noticed is that the framing ends of the PP Mobler chairs seem to be flatter versus the slightly rounded ends of the FH chairs. To me it looks like more of a fabrication difference rather than natural wearing of the older chairs.
In coordination with Wegner himself, a variation of PP-66 was developed in 1989. PP-56 incorporates an upholstered seat instead of Danish paper cord. The wood framing was modified around the seat to accommodate an upholstered seat, including elimination of the front stretcher (PP). thank you for sharing cdsilva.......much appreciated.

While flipping through various online archive listings of the PP-56, I noticed a few odd listings. These chairs appeared to be legit PP-56 chairs, including PP Mobler sticker, but with a handhold opening at the top of the backrest. The listings claimed that this was a limited edition design in 1989. As the listings were from Lauritz, I was initially a bit suspicious. However, upon contacting PP Mobler, they confirmed that these chairs were indeed a limited edition production "in the late eighties or early nineties". A custom production run of 75 chairs was made specifically for KPMG headquarters in Denmark (PP). Upon searching original Quanyi chairs afterwards, I noticed that some old versions also have a handhold incorporated into the design. Therefore, while this variation occurred almost 50 years after the original design, it is still consistent with historical precedent.
As with most things Wegner, my appreciation for the Chinese chairs has increased significantly after learning more about them. In isolation (and ignorance), they initially struck me as being an outlier in Wegner's iconic modern portfolio. However, in proper context, they can be viewed as a "Rosetta stone" that describes a pivotal transitional step in the development of Danish Modern. Very nice!
I've never considered that the Round One and later Wegner chairs can be seen as a continuation of Wegner's earliest Chinese Chair design. That is fantastic observation. It would be nice to extend the iconic photo of the range of Chinese Chairs culminating in the Wishbone chair to include the Round One, and further one. Left to right a visual timeline of Wegner chairs with the continuous curve backrest.

Cdsilva, thanks for that. It is very interresting.
The design museum of Copenhagen has the original chinese chair on display, alongside Wegner's take on it (plus a few explanations). Here is a picture of the chair (sorry I really do suck at taking pictures of furniture).

leif, the HW sketch in the first post is great. You can see the genesis for the Round Chair arms in the plan view, as well as the coat hanger front rail that appeared in a few chair designs afterwards.
Dr P, thanks for adding the actual Quanyi chair to the thread. Did you happen to see the five Danish merchants "painting" there as well? While all the documentation refers to this image as a painting, the photo actually looks like the piece is five miniature models on a pedestal, with a stone wall in the background.

Thank you for a beautifully written post.
A must read thread. 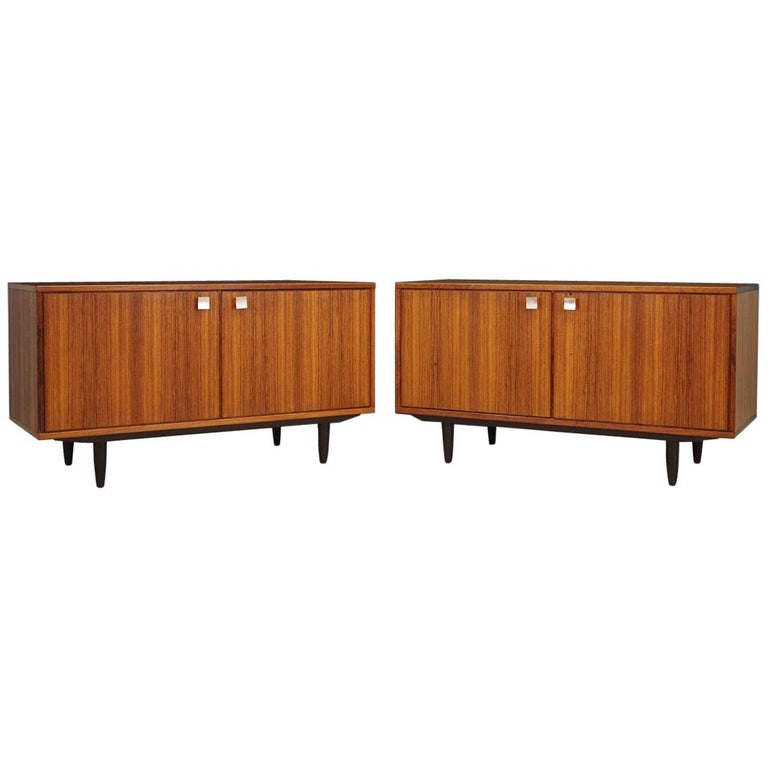 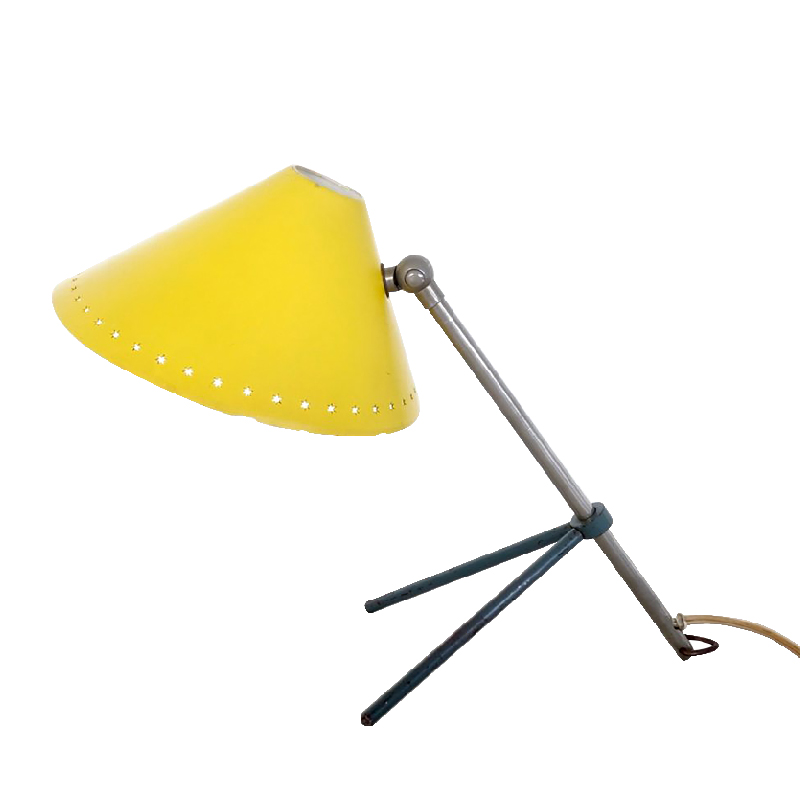 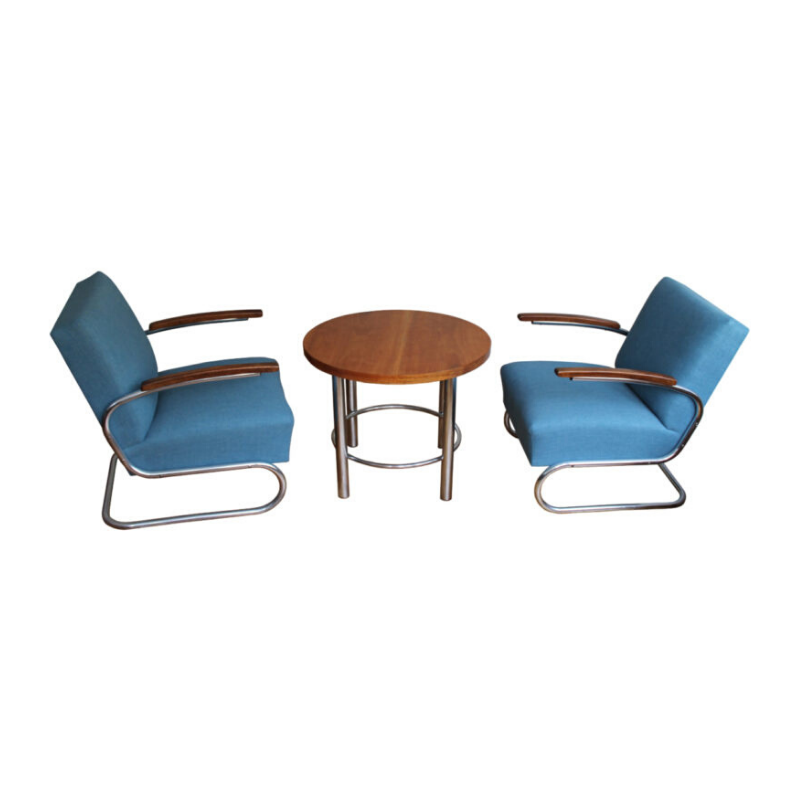 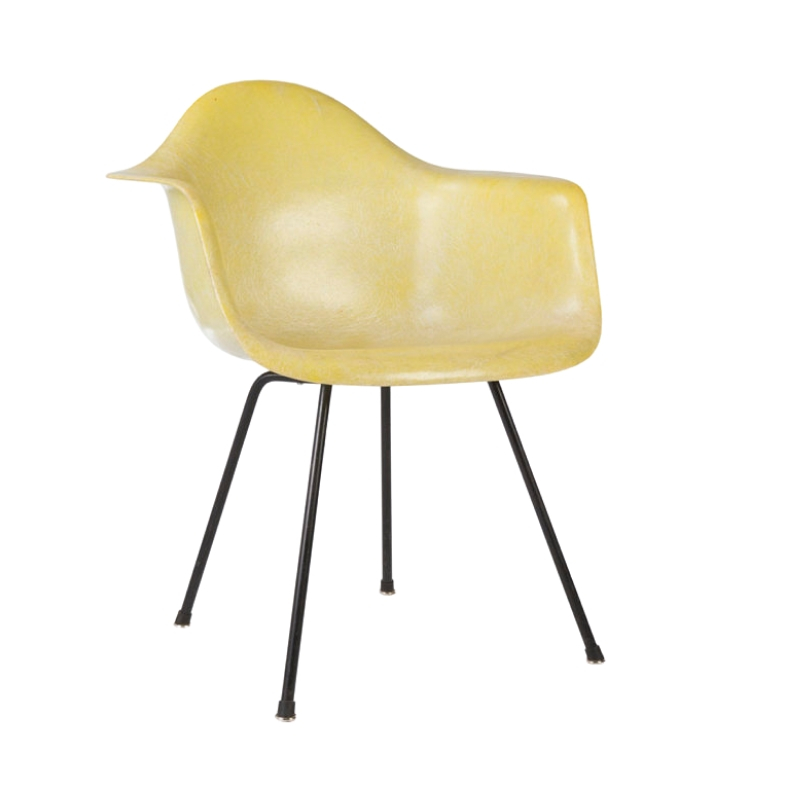 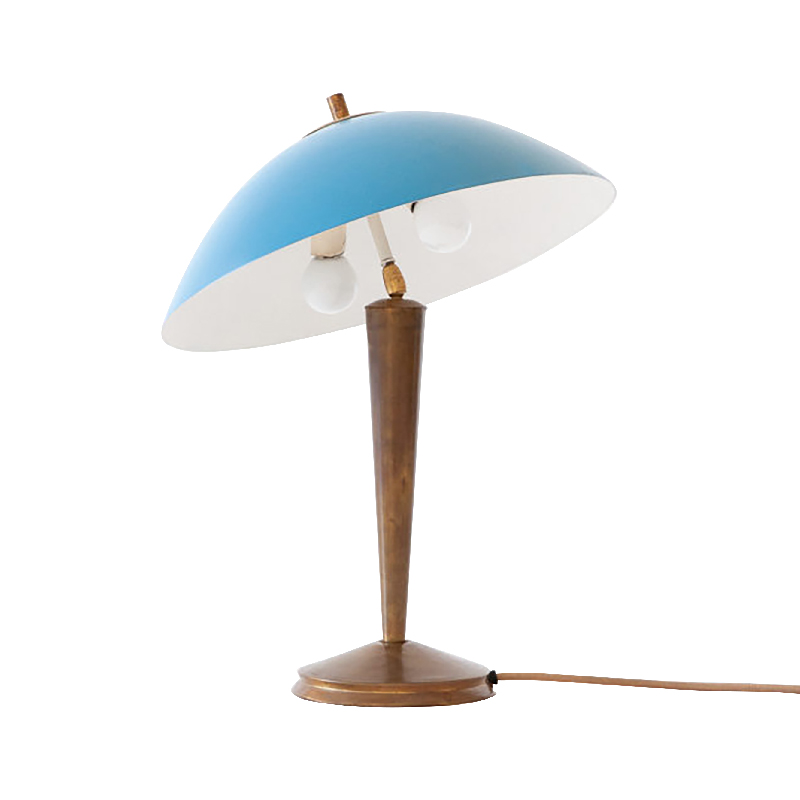 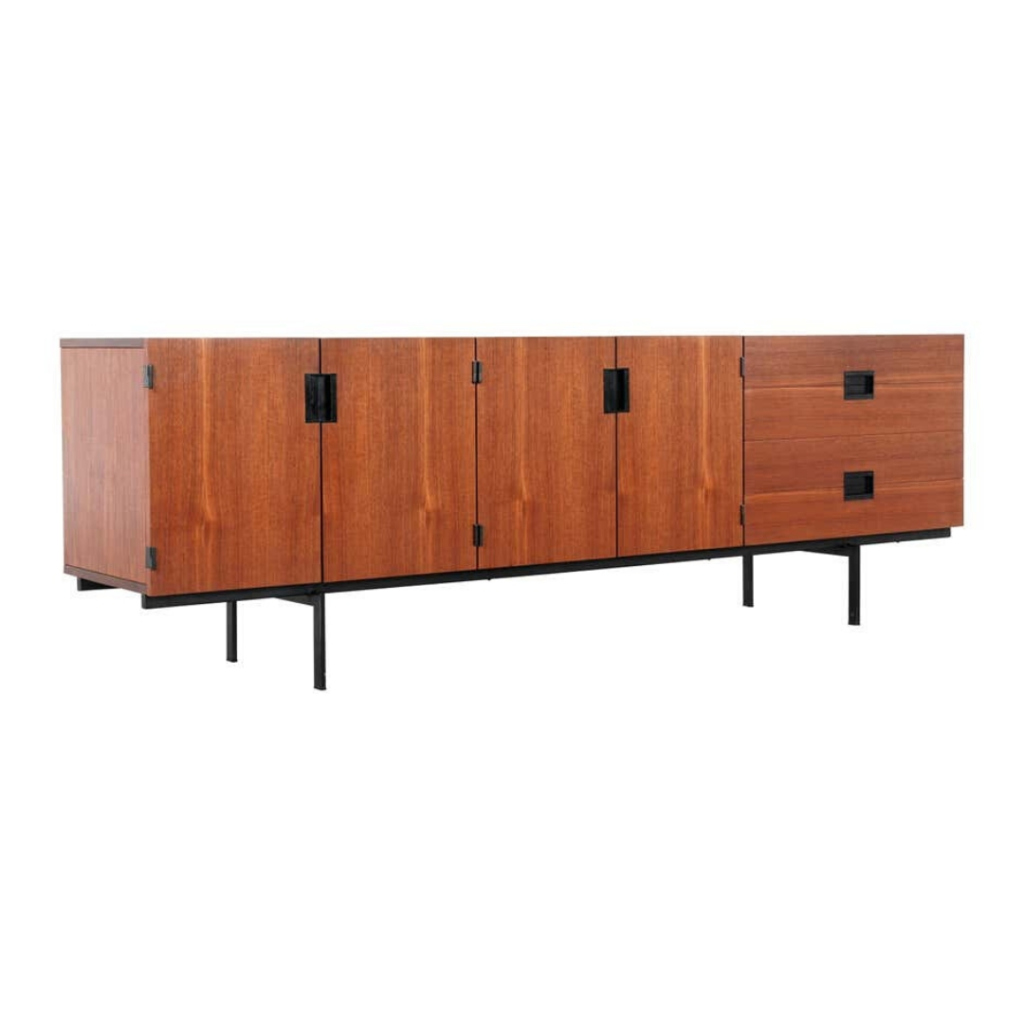